Country Convenience, a store located at 2365 Fairystone Park Highway/Virginia 57, was damaged in a Thursday blaze.

Steve Peal, chief of the Fairystone Volunteer Fire Department, also served as incident commander at the scene, was among those to respond.

He said the call was reported as a grease fire in the deep fryer when firefighters were summoned at 4:08 p.m. Thursday.

When the first crews arrived minutes later, Peal said the smoke was heavy.

“I never really saw fire, but the crew went in and started knocking it (blaze) down,” Peal said. “We knew where the fryer and grease fire was” because many were familiar with the layout of the store.

Crews sprayed water in the direction of the kitchen area, and also battled the blaze in the attic space, he said.

“We had to ventilate the roof to get to it,” Peal said, and explained firefighters cut a hole in the roof to extinguish the blaze.

“It was not that big of a fire, but there was a lot of heavy, high heat” associated with the blaze, Peal said, and explained there were few places for the heat to escape.

Had the structure been fully involved, nearby fuel tanks may have posed a concern, Peal said. “Probably within 5 minutes of the fire, we knew” that it most likely would be contained. “But the situation could have changed in a matter of seconds,” he added.

“We had excellent turnout,” Peal said, adding that 40 firefighters responded and spent about 3.5-hours at the scene.

The Smith River Volunteer Rescue Squad was on standby at the scene in case of injuries, however Peal said “there were no injuries proper to or during the fire.”

The damage amount is not yet known, Peal said, and explained the blaze is under investigation by the Patrick County Sheriff’s Office.

Owners of the building and business could not be reached for comment, but Peal said they were at the scene over the weekend cleaning out fire debris. 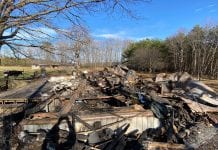 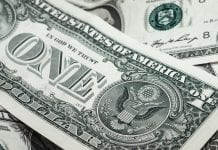 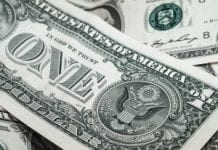