The Wilderness Road Regional Museum’s “Registry of Free Blacks 1855-1864 and Witness Book 1871-1876”Journal of life in Pulaski County has been named to the Virginia Association of Museums’ Virginia’s Top 10 Endangered Artifacts program.

The Wilderness Road is now one of 10 museums for the public to root for in the annual online endangered artifacts competition. The museum’s chosen artifact includes a registry of free blacks leading up to and during the Civil War, and legal proceedings and information on life in the post war era.

“After a competitive review of 30 applications from museums across Virginia, the review panel of conservators and exhibition and collections care experts from the Library of Virginia, Preservation Virginia, Virginia Conservation Association, and Virginia Department of Historic Resources have selected the 2019 honorees of the Virginia’s Top 10 Endangered Artifacts program based on the importance and conservation needs of the artifacts,”according to information released by the competition.

The public is invited to vote online for their favorite “Top 10” endangered artifact in an online competition happening Jan. 13-22, 2020. People will be able to vote daily for their favorite museum and artifact and the two items receiving the most votes will receive awards of $2,000 and $1,000

toward the artifacts’ conservation. Additional awards totaling $5,000 will be awarded by the panel to the remaining eight museums.

The award winners and honored museums will be recognized during a legislative reception on Wednesday, Feb. 5, 2020 at 6 p.m. at the Virginia Museum of History and Culture in Richmond following Virginia Museums Advocacy Day at the General Assembly.

“This marks the ninth year of the Virginia Association of Museums successful campaign to create awareness of the importance of Virginia’s museums and historic sites and the unique historic, cultural and artistic items in their care,” according to competition organizers. “The top 10 program has benefited over 170 institutions to date, shedding light on the expense museums undertake every day, and connecting them with future donors wishing to help in their stewardship efforts.”

The Virginia’s Top 10 Endangered Artifacts Honorees for 2019 also include:

depicting the Harlem Renaissance era of which the poet was a notable literary figure.

Cookbook and record of life in rural Virginia in the 1800s by Eliza Breckinridge Watts, daughter of

Sherman and George B. McClellan, for 12th president of the U.S. and native son of Virginia, Zachary

Sewing kit or “housewife” made and used by original owners of historic Stratford Hall,

and ratification of the 19th Amendment.

Set of leather folk art jugs in the shape of barmaids from 1700s England, and part of Virginia

Virginia’s Top 10 Endangered Artifacts, a program of the Virginia Association of Museums, was originally funded through an Institute of Museum and Library Services (IMLS) Connecting to Collections Statewide Implementation Grant. The program has been replicated in other states, recognized as one of the grants most successful initiatives, and recognized with a Virginia PR Award by the Richmond Chapter of the Public Relations Society of America. 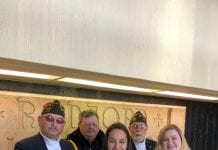 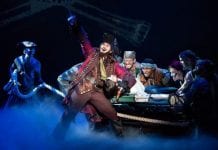