Home Parsons Advocate Football Champions Recognized by Board of Education


By Heather Clower
The Parsons Advocate

The first gathering of the Tucker County Board of Education for 2020 commenced on Monday, January 6, which was also the first day back for students.  Board President Tim Turner called the meeting to order before The Pledge of Allegiance.  Board members Chris Gross and Jessica Wamsley were absent from this meeting.

Athletic Director Jonathan Hicks had the honor of recognizing the Tucker Valley Middle School Football Team, which was also comprised of students from Davis Thomas who wished to play.  The team finished the regular season with seven wins and one loss, earning them the right to host the championship game versus Moorefield.  The game went into triple overtime with The TVEMS Wildcats coming out victorious.  Hicks recognized the coaches Carmen DiBacco and Nathaniel Goldstein.  “The coaches this year did a great job with the kids,” Hicks stated.  “It’s a good group of athletes.”  Hicks proceeded to call the names of all of the players as TVEMS Vice Principal Ernie Gooding presented them with a handshake and a certificate.

After the room emptied as most of the football players were reporting to the school for their basketball game, the meeting turned to business matters moving directly into new business.  Approval of consent agenda items motion was made by Board Member Cathy Hebb with a second by Board Vice President Daniel “Chopper” Evans.  This line item consisted of approval of the December 16 meeting minutes and out of state travel requests for the TCHS Robotics Team to compete in the Maryland Regional State Qualifier at Garrett College on January 11.  All members were in approval.

Additional business followed with recommendations by Tucker County Schools Superintendent Alicia Lambert.  She recommended the employment of Leroy Myers as substitute CTE teacher at TCHS, and Grace Nelson and Stephanie Williams as substitute teachers for the remainder of the 2019-2020 school year pending background check and certification.  Lambert informed the board that the three interventionists positions were posted with only two applicants, only one of which were qualified, therefore they were reposted to seek out additional applicants.  Hebb made a motion to approve the recommendations with Evans making a second, motion carried.

Two student hearings were on the agenda, however Lambert previously met with both parents on this matter and brings a recommendation to the board for expulsion of these students for the remainder of the school year.  All board members agreed to Lamberts request.

An executive session was listed in regards to the discussion of the Superintendent’s contract renewal.  With the absence of two board members, this agenda item was postponed until the next meeting.  Turner stressed the urgency to fulfill this discussion as the deadlines for documentation is quickly approaching.

Hebb briefly mentioned areas within the Student Success Act of 2019 that will be discussed in upcoming sessions in Charleston.  She felt items that may fall into concern for Tucker County Schools would be the addressing of overcrowded classrooms and the changes proposed to the RIF (Reduction in Force) procedures.  Lambert explained the current protocol concerning teachers with two, consecutive unsatisfactory performance evaluations and how these evaluations need to be addressed.  Lambert explained that this proposal should hold principals more accountable for their evaluations of their staff.  Lambert conducts the evaluations of the principals and the central office employees.

The calendar of events listing the upcoming board meetings and conferences were briefly reviewed noting the next regular meeting to be held on Tuesday, January 21 in lieu of Monday due to the observance of Martin Luther King Jr. day.  The meeting will begin promptly at 4:30 p.m. at the Tucker County Board of Education Office. 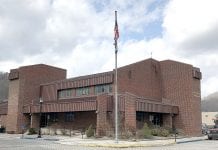 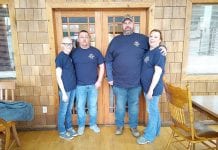 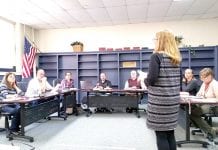 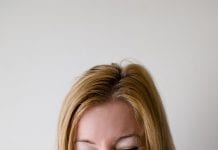 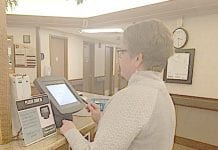 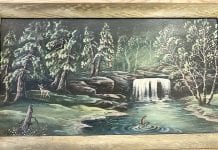 Local Painters of the Past Article