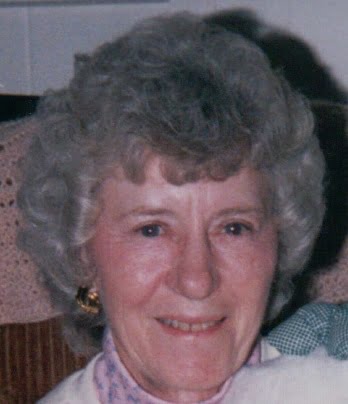 Irene Jones Leonard, 93, of Salem, passed from this earthly home to her heavenly home on Wednesday, August 12. Irene was born and raised in Carroll County and worked at Harris-Marshall Hosiery Mill, as well as occasional part-time jobs at Roses, Sally’s Dress Shop, Globmans and A&P in Galax.

After moving to Salem, she worked for many years at Mick-or-Mack, a job that she dearly loved. She eventually moved into bank-teller positions, after a short stint at the VA Hospital. She was preceded in death by her husband, Clayton Leonard; parents, Elmer and Lottie Robinson Jones; sister, Agnes Jones; brother, Robert (Junior) Jones, and son-in-law Robert Boling.

Surviving is her daughter, Deborah Boling of Salem; daughter and son-in-law Susan and Jeff Sanders; granddaughter and husband, April and Brent Hudson, and two precious grandsons, Ryker and Micah, all of Salem. She is also survived by two sisters and brothers-in-law, Alma and Dan Williams and Roger and Mary Edwards, all of Galax.

Online condolences may be expressed at www.johnmoakey.com.

Boo! Halloween is coming – what to do!