Brenda Riggins “was a truly selfless person. Her first concern when told she had cancer was that she was no longer able to donate blood. I told her she may not be able to, but I could.”

These are the words of Teddy Martin, nephew Riggins’ nephew, recalling his aunt who died July 5, 2014. Following her passing, Martin knew that there was only one thing he could do to properly honor Riggins’ memory.

“I donated (blood) in her memory and then I compared my one donation to her lifetime of giving and encouragement of others,” he said. “She drove people to donate with her and [I] realized that holding a drive would be a good way to carry on her legacy.”

Over her lifetime, Riggins donated 16 gallons of blood, which equates to 128 separate donations.

To continue her legacy, Martin created the Brenda Riggins Memorial Drive. Over the course of five years, 50 gallons — more than 400 donations — have been donated in memory of “Granny” Brenda, as Martin affectionately calls her.

“While she was my aunt, she was known as ‘Granny’ Brenda, and listed me and my siblings as her grandchildren in her obituary,” he recalled. “I remember her carrying me to my little league games, fall carnivals, and her overall caring nature. She will always be my Granny Brenda.”

Drawing from a statement that Brenda made to her grandchildren before passing, Martin calls his team “Brenda’s Butterflies. … I will never forget her telling my younger siblings when she was going to pass away to not be sad. Whenever they see a butterfly, know she’s there,” Martin explained.

Brenda’s Butterflies attracts about 40 donors per blood drive. According to the Red Cross, these drives are the largest ongoing drives in the region that aren’t sponsored by major institutions, like universities.

“Many people tell me how proud they think they she would be,” Martin said of Riggins. “I think she would be in seeing all the donations, all the people who are helping and being helped. Knowing her selflessness, she would probably say this is too much ‘fuss’ over her, and her helping was because ‘it was the right thing to do.’”

But, he added, “I think she would come around when it was pointed out how many have said they are inspired to give because of her.”

The first several of memorial drives included 50 percent or more of first-time donors. Martin said that many of those are now regular donors, and the drives feel like a family reunion that happens every six months.

“Community response has been amazing,” he said. “Our community is very generous, particularly when the person they are giving in honor of was so selfless.”

David Gilleran, pastor at Hope Presbyterian Church in Martinsville, served as the location of the first drive and has been a regular donor. The drive has been moved a few times to larger locations to accommodate the number of donors. Martin said that Patrick Henry Community College (PHCC) has been a great host in the past.

“I am profoundly thankful for everyone who has helped make these drives so successful,” he said. “It is truly a team effort, and every contribution (recruiting, volunteering, donating) is significant. Every donation could potentially save up to three lives.”

All of the drives are Christmas-themed, with those held in the summer bearing a “Christmas in July” theme. Christmas decorations are hung, along with Red Cross memorabilia, and Riggins’ favorite music is played, along with a memory reel of scenes from her life, Martin said.

He explained that before her death, Riggins wish list included celebrating Christmas one more time, because she knew she wouldn’t be able to celebrate it before she died.

“To the end, she said she was ‘happy, happy, happy,’ and consoled us to not be sad,” Martin said.

Currently, 34 donors are signed up for the next Brenda’s Butterflies Blood Drive, Martin said of the Dec. 7 event that will be held in the Frith Building at PHCC. The drive lasts from 9 a.m. until 3 p.m.

Martin has a personal goal of 50 donors and encourages all to come out and donate. Walk-ins are welcome, but appointments have priority.

For more information, the team can be contacted at http://www.brendasbutterflies.org/contact.html 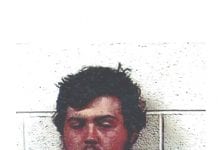 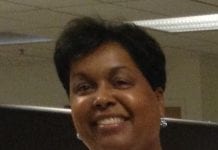 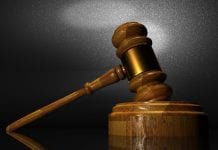 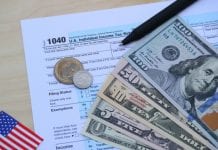 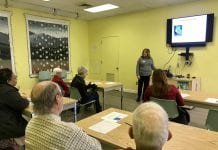