The Greenbrier County Commission’s July 28 morning meeting included renewed discussions about ambulance coverage for the western end of the county.

Following GCC’s approval at the July 14 meeting for White Sulphur Springs EMT service to assist Quinwood EMT with emergency coverage of the western end, 911 Center Executive Director, Mike Honaker said “unintended consequences” arose with the decision. He said both service providers were notified when 911 emergency calls came in, creating an unsafe situation and resulted in EMT vehicles driving faster to call sites. Described as “racing to calls,” Honaker suggested a better solution would be to draw zone lines to designate separate areas of operations.

Commissioner Tammy Shifflett-Tincher said the need for additional emergency service in the area has been a “frustrating” problem, and that she has been “disappointed that we are where we are” with this issue. “The bottom line is this is a personal safety issue. It’s our top priority.”

Commissioner Lowell Rose cited Quinwood’s history of lack of service and slow response times over the years, but Tincher said she wasn’t comfortable with removing Quinwood from duties, and motioned for recommendations to designate separate zones of operation for the two service providers. The Commission recommended Quinwood EMT to maintain service along Route 20, north, to cover Crawley and Charmco, and WSS’s EMT to cover Route 60, including Rainelle, and Sam Black on I-64. Other details will be worked out with Honaker, Tincher said.

In other county business: 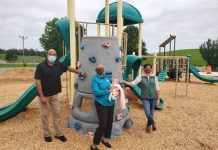 Park upgrades come at a great time for socially-distanced fun 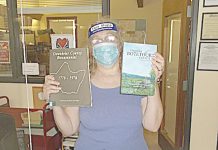 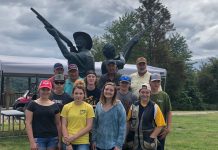 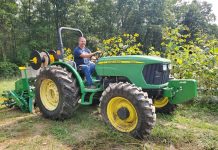